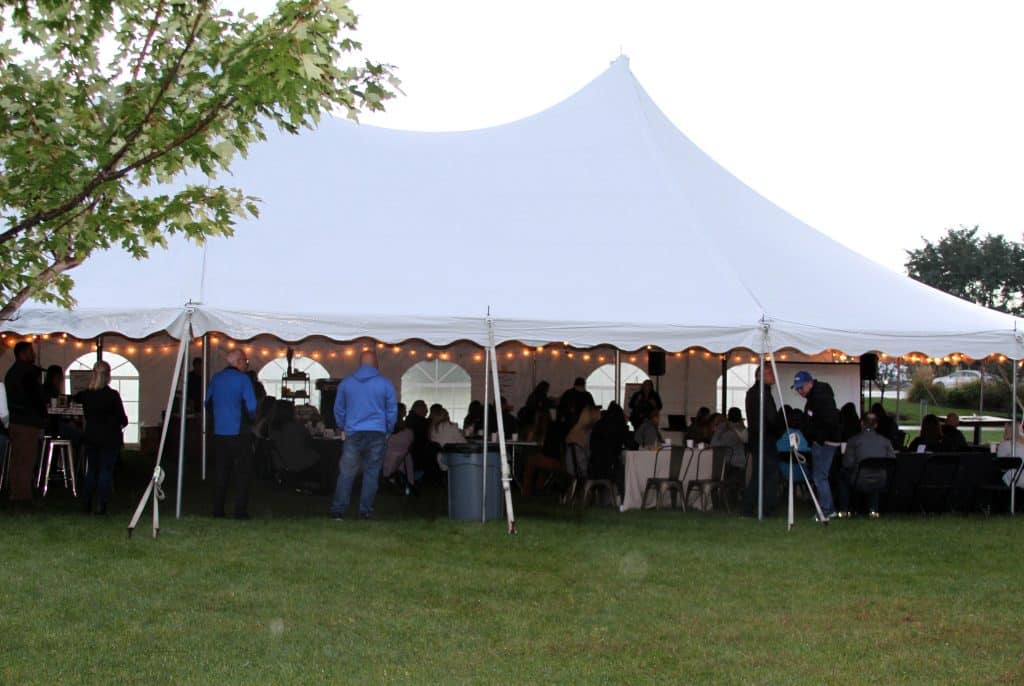 The RV Women’s Alliance (RVWA) held its second Elkhart RV Open House Breakfast Tuesday morning under a big tent pitched on the lawn of Lippert’s Corporate Headquarters, next to the RV/MH Hall of Fame.

RVWA President Susan Carpenter told RVBusiness that having an economist speak with the group was the right move, although out of the ordinary.

“We felt that, especially now, our members would be interested in knowing what’s happening, not just here but nationwide. So we asked Lauren to give us a quick snapshot of where we are and what we might expect looking ahead six months,” she said. 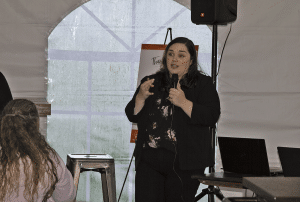 Stockli was somewhat upbeat about the state of the economy, although not discounting the threat of a recession. Among the points she made during her 30-minute presentation:

Following Stockli’s presentation, attendees were invited to break into roundtable discussions. Topics included maintaining and recruiting RV technicians, social media trends and working with and maximizing the impact of ambassadors and influencers

The RV Women’s Alliance was founded in 2019 to foster the next generation of female leaders and innovators in the RV industry. Recently the organization made news by co-sponsoring all-female technical training classes at the RV Technical Institute, among other high-profile initiatives.